With Guernsey’s youngsters largely unserved when it comes to chance to experience live music a new group has emerged to try to remedy that situation.

Sound Guernsey launched on 20th November 2015 at The Venue at Fermain, just across the road from the island’s home of live music The Fermain Tavern, with Buffalo Huddleston and Honest Crooks.

The event was attended by a sell out crowd of 120 under-18s (and a handful of supervising adults and this reporter), and offered a safe and relaxed environment to see a couple of Guernsey’s top bands. While it was clear many were already fans of Buffalo Huddleston the show also gave many a chance to get to know Honest Crooks whose ska-punk seemed to win a lot of new fans.

My review of the show was published in The Guernsey Press on Saturday 28th November 2015 and you can see my photos from the show on the BBC Introducing Guernsey Facebook page: 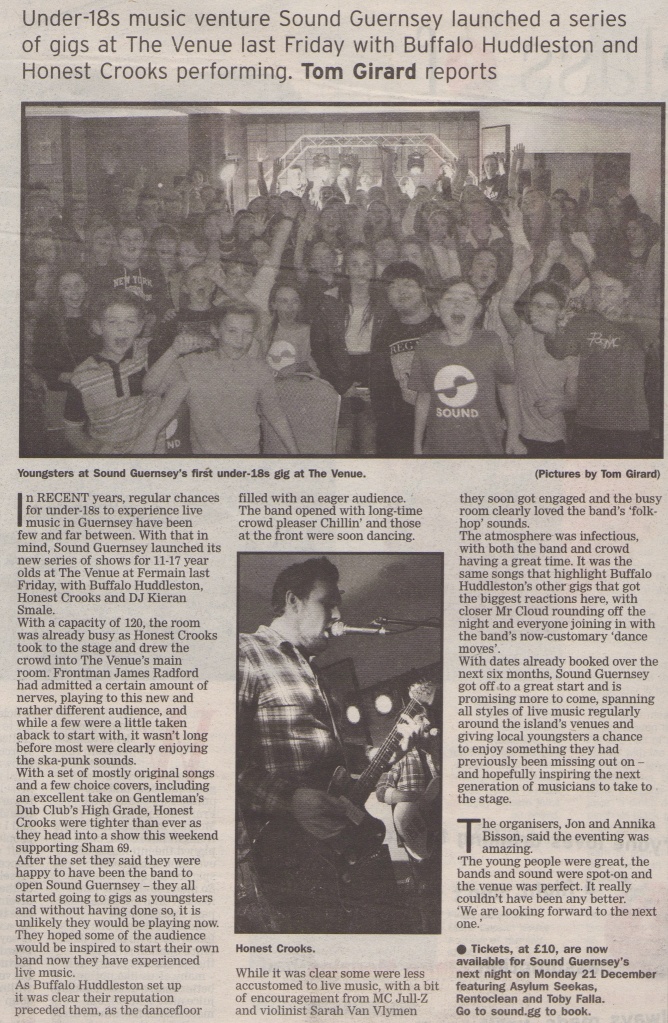