The newly reformed Sarnia Shorts Film Festival got underway with a duo of movies that couldn’t be more different.

After two years of planning and several special film screenings (and for organisers Wynter and Lisa, a lot of film watching) Sarnia Shorts 2012 launched on Friday 19th October with a special double bill screening at Guernsey’s Princess Royal Centre For The Performing Arts.

Though the turn was, admittedly, low, things started in fine style with a Spanish short film designed to give us a flavour of what was to come over the next two days, as well as being a perfectly suited film for a cineliterate audience.

La Ultima Secuencia (The Final Sequence), by Arturo Ruiz Serrano, is set on the set of a 1960s Spanish shot Western and uses a lot of little nods and references to other films shot in the “Spanish Hollywood” at the time, most notably Patton and Sergio Leone’s Spaghetti Westerns featuring Clint Eastwood.

Though only short the film is undeniably one of the funniest things I’ve watched in a cinema for a while, although I appreciate its humour may not travel too well with people who don’t get the references. 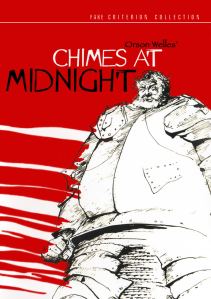 Following a short introduction from one of the two people behind Sarnia Shorts, Wynter Tyson, it was time for the ‘feature presentation’ a newly restored version of Orson Welles 1966 film Chimes At Midnight (aka Falstaff).

My experience of Welles in the past seems to have missed something in that while his films often get cited as some of the best made I, simply put, just don’t get it – aside from the spectacular opening shot to Touch of Evil and his turn voicing Unicron in the original Transformers movie (sublime to ridiculous? almost certainly!).

None-the-less I headed into this with an open mind as the concept at least, taking all the bits of Shakespeare’s history plays to feature Sir John Falstaff and turn them into a coherent narrative, was certainly very interesting to me.

From the off this was shot in Welles own unique style with a lot of close-ups, and even some extreme close-ups, on the actors which really highlighted some elements of the acting and the design of the make up and costumes, but also gives the film a somewhat off-kilter feel which doesn’t always sit well as it makes it hard to judge whether this is a comedy (as some scenes are particularly broad) or a serious film, as the scene with Prince Hal and his father and their relationship are.

As the film goes on the plot seems to disintegrate into a series of vignettes, included an extended and confusing battle scene that does feature some great comedy moments from Welles’ Falstaff stuffed into an oversized suit of armour.

In the end though Chimes At Midnight, for me, was too imbalanced to hold itself together and, while it had some good laughs and some great acting from its frankly spectacular cast, as well as some great design and technical work – but it has to be said Orson Welles could have been born to play Falstaff.

While the film may not have been my favourite it still made for an interesting start to the festival which will see around 70 films screened over two days ranging from documentary to horror to drama from all over the world.

As I can’t find a proper trailer for Chimes At Midnight anywhere, here’s the intro sequence to Touch Of Evil instead:

And a bit of Welles in Transformers (he’s the big talking robot planet):